Air strut and shock: how you know you need a replacement 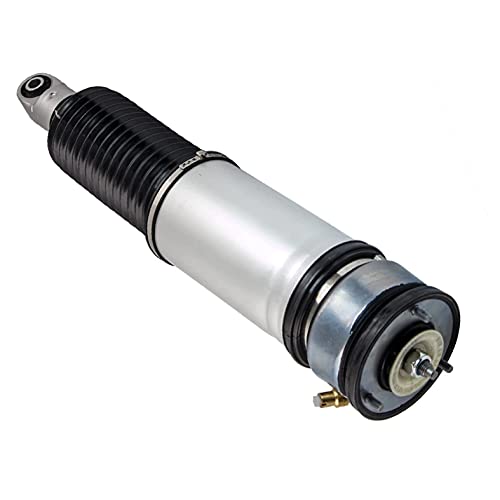 The phrases air strut and air shock are sometimes used interchangeably, which can lead to confusion sometimes. Because they are not the same. Vehicle owners are most likely to hear of these two concepts. However, they are not clear about the difference between them. Vigorairride Air Suspensions is going to introduce air struts/shocks. We hope this will help give you a clear idea of these items. 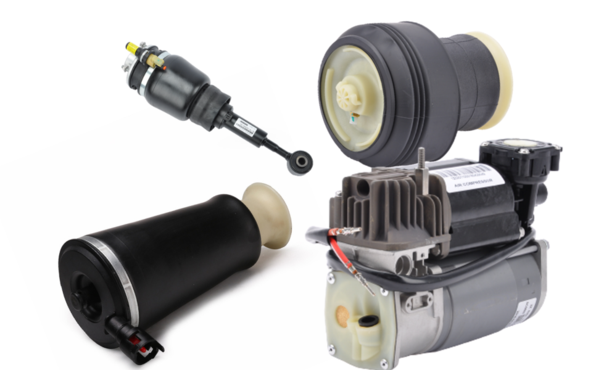 Air spring suspension: what it is and how it works

An air spring suspension system is also called a pneumatic suspension system. The compressed air in the airbags as springs absorbs the vibration during the ride. With an onboard compressor, the air is filled in the airbags using an electric motor. The increase and decrease of air pressure adjust the vehicle height automatically based on its loads and road conditions.

Struts and shocks in your vehicles

Significant variances lie between an air strut and an air shock. Shocks have one core task, which is to dampen bumps at each wheel. But they are not mandatory for a car or truck to run. Struts, on the other hand, serve as shock absorption, are crucial for everyday driving. Struts allow the vehicle to be controlled and maneuvered.

When you use the two items to refer to the same thing, it is not accurate. Typically, automobiles get front struts and rear shocks. In the system, struts are more pricey since they are more sophisticated. Every 25,000 miles, vehicle users need to get their shocks and struts examined. After 60,000 miles, many manufacturers recommend a change of new struts/shocks.

What type of struts do you need?

The type of struts or shocks you need will be determined by the suspension system you have. What brand and modal is your car? All suspension systems have two components: a dampener (strut or shock) and a means to support the body off the floor to adjust the ride heights, which can be accomplished with a coil, leaf, or airbags.

Air struts are what you need for your air ride suspension system.

What does an air strut (shock) do?

Air struts or air shocks are commonly used on the rear axles of vehicles to assist in the handling of extra loads. They soften suspension action similar to regular shocks that use mental springs. However, they can also be filled with pressurized gas using air suspension compressors when the car is towing or carrying a large payload.

Whenever the air struts are operating normally, they will cut the bouncing level that a driver would experience in daily driving. As a result, passengers enjoy a more comfy ride, free of the most unwanted vibrations and disturbing movements.

Air struts are essential to the general operation of an automobile since they are part of the steering systems and the airbag suspension system. They have an influence on turning efficiency, braking function, and wheel alignment, as well as a daily ride pleasure and load-carrying capability.

When do you need to replace your air strut (shock)?

If there are cracks in the airbag strut of the air ride system, problems occur, and they generally worsen with time. A sagging car with an air suspension can be caused by a simple damaged air line or a faulty rubber seal. Sadly, air compressors are sometimes not sensitive enough to recognize the issue and will continue to pump gas into the leaking system. Hence, the air compressor is going to burn out soon. Worse still, minor damages like that develop over time. The complete failure of the whole air bag suspension system is just a matter of time.

Let’s see some other warning signals your vehicle sends out before breaking down.

Simple methods that you can test for worn struts(shocks)

Unlike professional technicians who have all sorts of equipment to test air struts, you can evaluate them yourself. You can carry out an easy bounce test. Below is how you conduct the bounce test.

Press the rear fender and rock the car up and down a few times before releasing pressure. If your vehicle takes one more bounce before stopping, struts or shocks function well. However, you’ll need to have struts or shocks fixed if it bounces repeatedly before a complete stop. One more thing to remember, there’s also a noise during the test if the struts are failing.

How much will it cost to replace an air shock(strut)?

That really depends. Factors like the brand of your car and the age of your car will affect the final cost. Do you want to get OEM components or aftermarket? Also, are you ready to get your hands dirty? Or you’ll hire someone professional to get it done.

It’s quite obvious that aftermarket components are relatively cost-saving. And doing it yourself also could save you a fortune since labor cost is pretty high.

Yes, they are. Nowadays, the aftermarket air struts kit is as good as the OEM air struts. Plus, they often come at lower prices and professional services.

No matter how much weight an automobile carries, the original purpose of air ride suspension systems is to provide the self-leveling ability and a superb driving experience. Air struts in an air bag suspension systems alert the vehicle computer of the car’s height. And the inbuilt air compressor switches on if the vehicle position is too low. Then it boosts up the air suspension until the automobile is leveled out. If the height is too high, the controller lets go of the gas and lower the car.