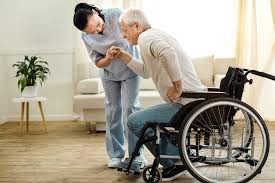 In most cases, ALS sickness strikes people between the ages of forty and seventy, and according to estimates, more than 20,000 Americans are now coping with the illness, which has sporadic relapses. Military veterans are twice as likely as the general population to be diagnosed with the disease, possibly as a result of unidentified risk factors. Some of the people who have been diagnosed with ALS include baseball icon Lou Gehrig, theoretical physicist, cosmologist, and author Stephen Hawking, among others. In the last several years, scientific information and insight into the physiology of the ALS sickness have been added to the existing body of knowledge. Current FDA-approved medications for the treatment of ALS are limited to riluzole, which is used to help select people delay the progression of their condition. Despite the fact that there is currently no treatment or medication that can be used to prevent or reverse ALS, scientists and researchers have made significant strides in their understanding of the disease.

Aside from that, by participating in support groups and attending approved or recognized treatment centers, ALS patients can enhance their overall quality of life, even while they are still coping with the disease. A nationwide standard of best-practice multidisciplinary therapy for ALS patients is provided at these facilities, allowing them to maintain as much independence as possible while controlling the disease’s signs and symptoms. In the American Academy of Neurology’s Practice Parameter Update, researchers provide data from studies that show that engaging in a multidisciplinary clinic can help patients live longer and have a higher quality of life.

Incidence and Prevalence of ALS

Patients with ALS are diagnosed at an average age of 55, and the disease affects adults between the ages of forty and seventy-five. Adults between the ages of forty and seventy-five are affected by Lou Gehrig’s disease, which damages their nerves and muscles. However, some people in their twenties and thirties are more vulnerable to the condition than others. The likelihood of developing Lou Gehrig’s disease increases with age in both men and women (ALS). Men are also twenty percent more likely than women to have Lou Gehrig’s disease, according to the National Institutes of Health (ALS). When it comes to the older population, although the prevalence of Lou Gehrig’s disease increases with age, it is more evenly divided across males and also females. According to the ALS Association, between 1.8 and 2 new diagnoses of ALS are reported for every 100,000 persons in the United States each year.

According to the CDC, this translates into 5,760 to 6,400 new cases every year on average. As individuals get older, they are more likely to develop a condition known as Lou Gehrig’s disease (ALS), which often begins in their 40s and lasts until they are around 80 years old. However, the possibility of ALS being diagnosed in persons in their early 20s and early 30s in the future does not rule out the possibility of it occurring in the near future. For every 100,000 persons in the population, there are around four to six people living with ALS, according to current estimates.